Phew! That was a tough month for sure! But I did it, and I’m happy too. I can’t wait for a couple of days of not working on the game and getting some sleep...

I went scouting for an artist to make a pretty illustration for the game. I felt that would be really important for a game that’s pretty much only text. Being completely new in the field of hiring a freelance artist it was quite a struggle, but I’m happy to have found Annika Maar, who did an amazing job and created this: 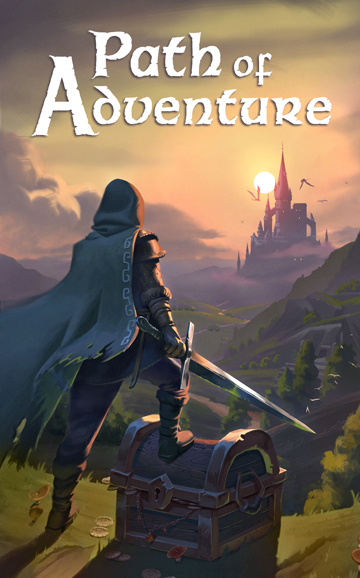 After many plays I felt there were a couple of things missing, so I went fixing it. I added another way to get rewards; by taking on small quests of defeating a wraith. Wraiths are interesting because they destroy the weapon that destroys them. So you got to figure out if the promised reward is worth it, or if you have a way of dealing the deathblow with your bare hands.

Another thing is a returning knight that’s gotten himself locked up in some bizarre way. When you unlock him, he’ll give you one of the three consumable items that can’t be bought at merchants; Mana Potion, Tome of Fungi and the Sharpening Stone.

And finally I spend days playing and tweaking the game. It’s unbelievable how many dials and switches there are for tweaking a game when you start looking for them, and how easily they change the entire experience. You have to be careful not to be carried away entirely. The first character is now pretty easy to play, but the last one is so hard I had to give up. And I think that’s a good thing; leaves something for the hardcore players :D

After much internal debate and weighing all the options, I decided I wanted to have a shot at making some money. It’s a dream I have for many years; to live off making games. So, I created a freemium model. You can play it for free until about a third of the story and then you’re kindly requested to make a small purchase to unlock the rest. I’m scared and excited to see how this will work out. It could be the final straw for the already faint changes of success; it could also mean I could do this again without saving up for it for 5 years. On top of the freemium I added a couple of extra purchases to 'catch the whales' as they call it, but only a few.

And then the scariest part of all: porting it to Android. I got it working within a couple of hours and then spend a couple of weeks making it work like I wanted. And then of course the testing and the variety of devices and Android versions. But, having that icon of your own game sitting there in your home screen is extremely gratifying. 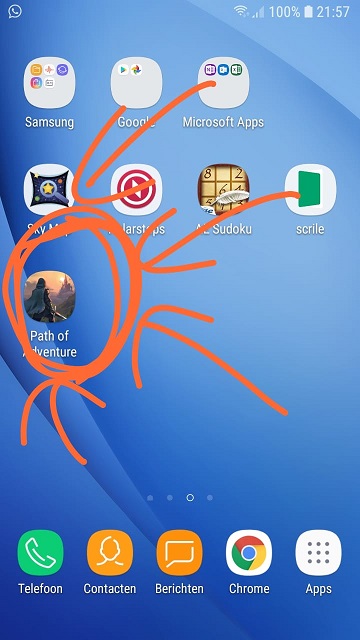 No wait, there’s something far scarier than making the Android version: releasing the Android version. Something inside me just didn’t want to press that evil looking ‘RELEASE TO PRODUCTION’ button. But I fought it, and now it’s there. Out in the open… looking a bit silly... and hopeless...
Anyway, it’s done :)

Thanks all for joining this amazing ride! Check out the game on Google Play!

Congratulations on releasing your game, and Good luck!!