The Power of Tweaks

This month I tweaked many things and added or removed many bits and pieces, and the effect is amazing. This version of Path of Adventure is by far the best.

Being the core of the game the battle system has seen many rounds of tweaking, but this time I truly believe this is the last. 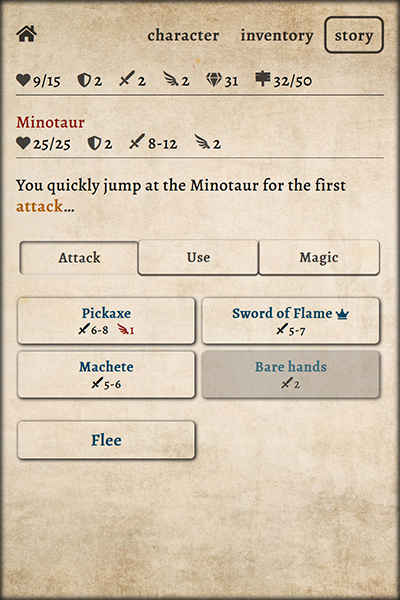 Mushrooms are items that have an unknown effect. You’ll have to try them to know the effect, or have them inspected by someone, losing the mushroom in the process. I’ve changed this system in two ways:

And there you have it, a nice balance between two powers. There’s only an x amount of mushrooms you can eat before they get too costly. On the other hand, you want to know what mushrooms you have in times you desperately need one.

Spells used to cost life too, but that didn’t work out very well. Most spells are used in fighting situations (they alter enemy stats) and that’s exactly when you haven’t much life to spare. So now casting spells costs gold. The price starts with just 1, but is doubled with every cast. It’s a bit like mushrooms, but with spells you know what you have, you just have to try to save them for the really dire situations. Plus, it’s now also important to keep some gold in your pockets and not buy every shop empty. 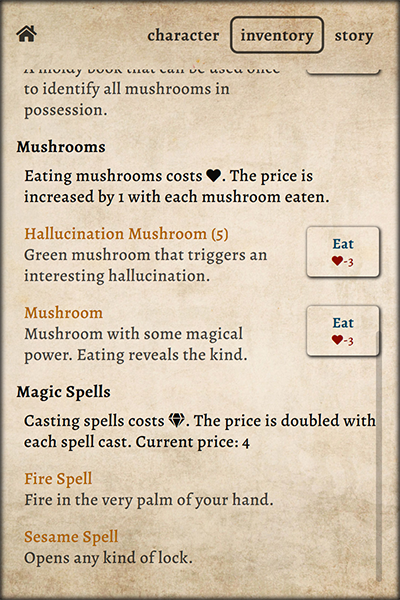 Finally, I reworked the main flow: 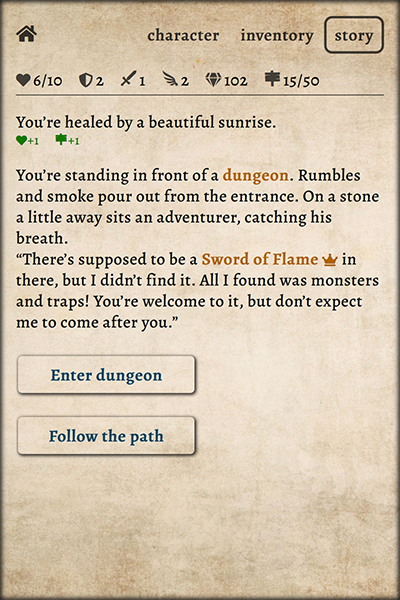 I would love getting some feedback on this game/version! I believe it's getting close to being finished and I want to make it as good as possible before releasing it :)